Dear Valued customer, You may face some problem accessing the website with your windows 7 Operating system . Please try another browser or upgrade your windows version.

Be the first to review this product
Email
Brand: ADATA
In stock

Skip to the end of the images gallery

Thanks to the flexibility of 3D NAND, we can offer the Ultimate SU800 in diverse capacities, ranging from 128GB to 1TB. You get more choice for different needs, whether for an OS boot drive or a mass storage drive. All Ultimate SU800 models provide high TBW (Total Bytes Written), meaning the number of times an SSD can write its entire capacity in one lifespan. The Ultimate SU800’s TBW rating outranks comparable models, indicating.

The intelligent SLC caching algorithm allows NAND Flash memory to operate in single-level cell mode and boosts read/write performance. In addition, with the support of DRAM Cache Buffer, read/write performance can be as much as double that of solid state drives that lack a DRAM cache, or in other words that can't use system memory as an SSD buffer for high intensity tasks.

Utilizing high quality materials and advanced technologies, the Ultimate SU800 outperforms traditional HDDs by a huge factor, with particular benefits in boot up and seek time, as well as overall much faster read/write throughput. 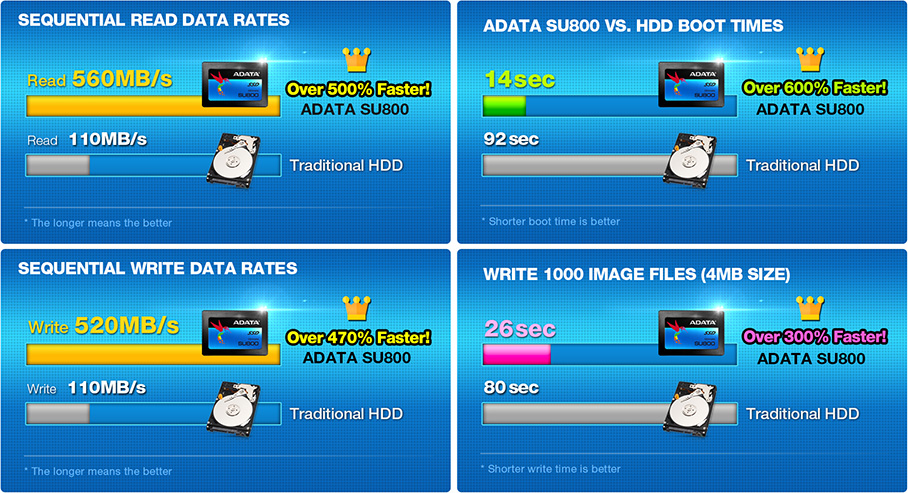 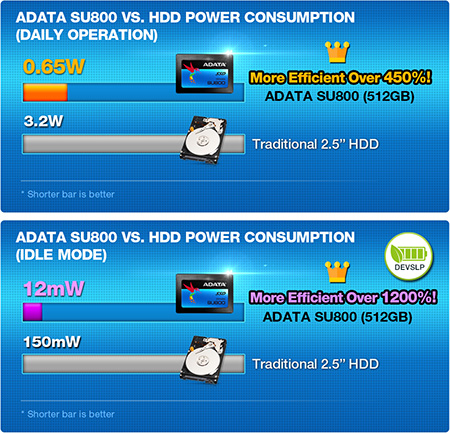 More Information
Reviews
Write Your Own Review
Only registered users can write reviews. Please Sign in or create an account
Related Products
Check items to add to the cart or 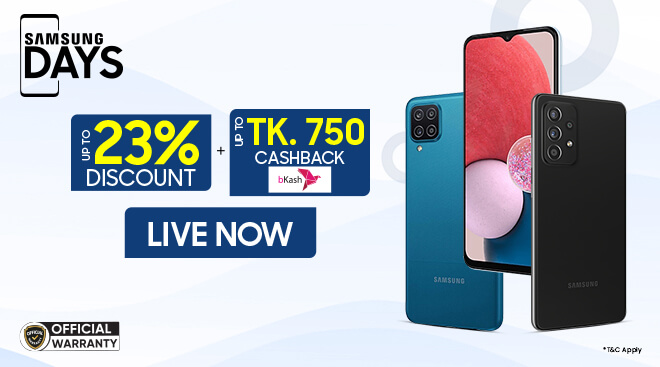 Cookie Notice
We use cookies and similar tools that are necessary to enable you to make purchases, to enhance your shopping experience, and provide our services, as detailed in our Cookie Notice. We also use these cookies to understand how customers use our services (for example, by measuring site visits) so we can make improvements.
Accept
Cookie Policy
Cookie Settings